This follows Mr Blay’s failure to apologise after he reportedly slighted Togbe Afede XIV, President of the Asogli Traditional Council and the National House of Chiefs.

The Traditional Council, at a press conference addressed by Togbe Koku Ayim V, Paramount Chief of Ziavi, described the conduct of Mr Blay as “gross misbehaviour,” and that the Council could not guarantee his safety in the region.

The Council said Mr Blay had “unfairly misjudged, unjustifiably employed misguided statements and intentionally insulted the integrity and personality of Togbe Afede,” though he married from the Traditional Council.

Togbe Ayim said the “insults are indirect attacks on chiefs of Eweland,” particularly when calls by recognised bodies for apology went unheeded.

The Council said it was not aware of any apology by Mr Blay to Togbe Afede and Asogli Chiefs in the media and that no such apology was in their records, saying, his working relationship with the Council had been “tainted”. 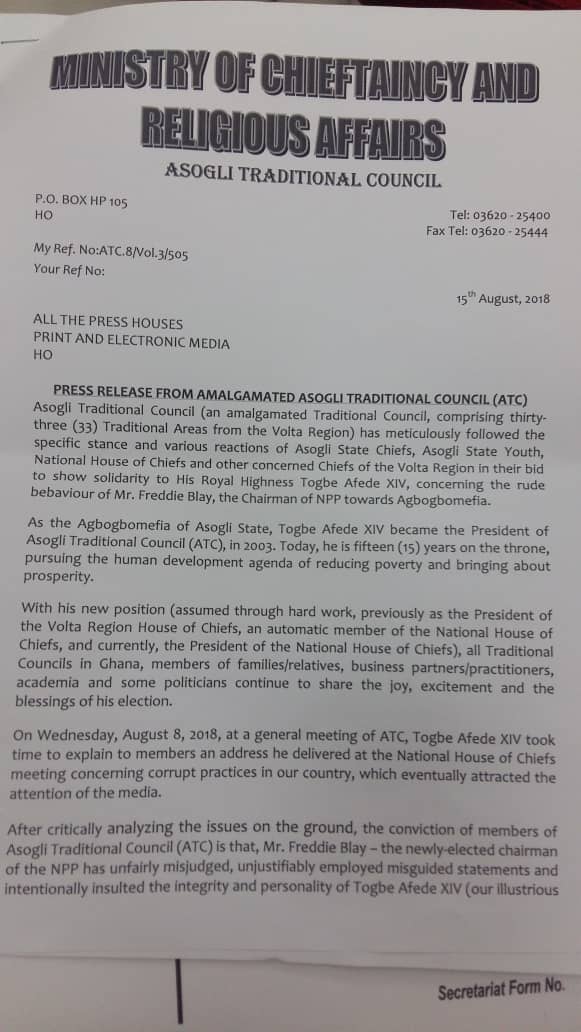 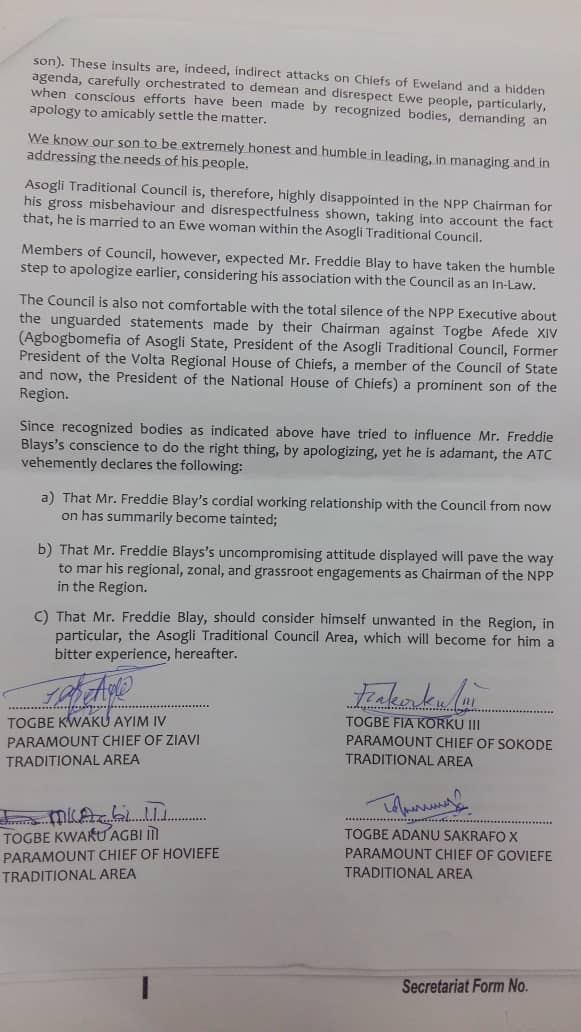