Sam Vokes scored a late equaliser to earn Burnley a 1-1 draw in the first leg of their Europa League second-round qualifying clash with Aberdeen on Thursday.

Gary Mackay-Steven put the Scottish Premiership side ahead with a penalty in the 19th minute after James Tarkowski fouled Sam Cosgrove.

It looked like being a frustrating evening for Burnley in their first European game in 51 years as they lacked a cutting edge, having also seen goalkeeper Nick Pope forced off with a suspected shoulder injury.

Man of the match: Gary Mackay-Steven 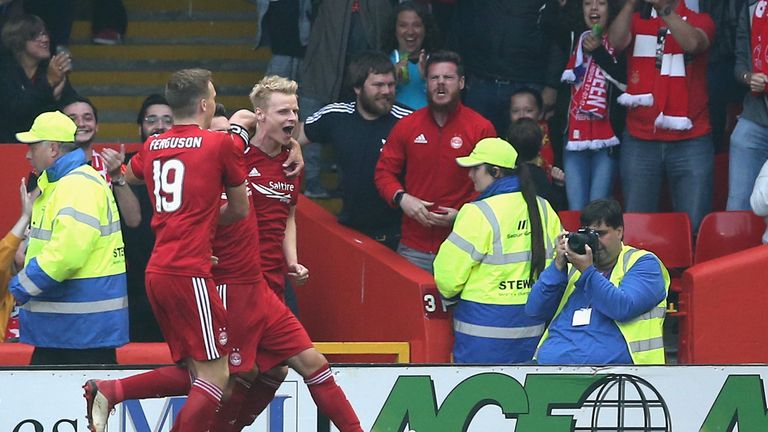 However, substitute Vokes swung the tie in the Clarets’ favour ahead of the return leg next Thursday when he fired home in the 80th minute.

The goal provided welcome relief for Burnley, who were perhaps not as attuned for a return to competitive action in late July as Aberdeen – winners at this stage of the Europa League for the last four years in a row.

Burnley’s night did not get off to a good start as Pope, who was England’s third-choice goalkeeper at the World Cup, was substituted after appearing to collide with Tarkowski.

Burnley goalkeeper Nick Pope went off with an injury

Less than five minutes later the Dons took the lead from the penalty spot.

Tarkowski was penalised for a foul on Cosgrove as they competed for a cross and Mackay-Steven slotted the penalty into the bottom corner as Anders Lindegaard dived the other way.

Aberdeen enjoyed the better of the first half and off-target shots from Chris Wood and Johann Berg Gudmundsson were all Burnley mustered in response.

However, the Clarets played with more purpose after the break and Jack Cork saw a close-range header brilliantly kept out by Joe Lewis.

Tommie Hoban made his Aberdeen debut, having joined on loan from Watford on Wednesday. Fellow new signing Tomas Cerny started on the bench. Goalkeeper Tom Heaton and midfielder Steven Defour missed out for Burnley with injuries.

Lindegaard also saved well from a Mackay-Steven header at the other end, while Niall McGinn curled a shot narrowly wide.

However, Burnley’s pressure told in the 80th minute as Wood headed on for Vokes, who flicked over two defenders and then fired in from 12 yards out. 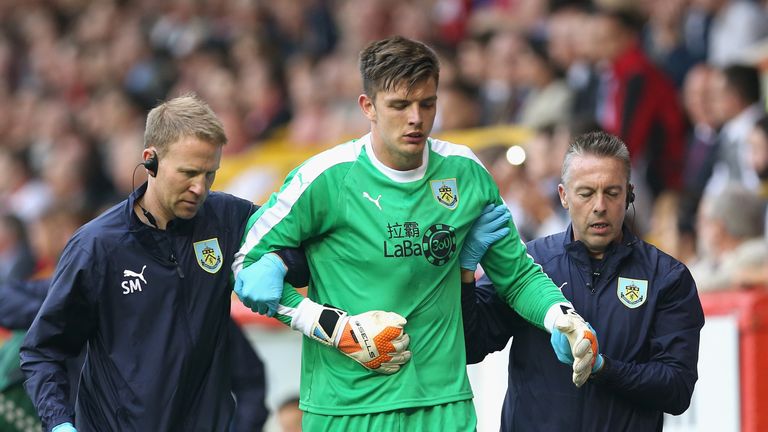 Man of the match – Gary Mackay-Steven

Not only did he coolly slot away the penalty, but Mackay-Steven was direct with his running and could have scored another goal but for a brilliant save from Lindegaard.

The two sides meet again next Thursday at Turf Moor in the return leg. The winner of the tie will play Istanbul Basaksehir in the third qualifying round on August 9 and August 16.