Some of the recently collapsed banks only existed to serve political purposes, Financial Analyst, Toma Imihere has said.

Three of the five banks consolidated under Consolidated Bank Ghana Limited by the Bank of Ghana were found to have obtained their banking licenses by false pretenses.

The banks in question are Sovereign Bank, The Beige Bank and Construction Bank, and they were all first given licenses in an election year.

Beige Bank and Construction Bank were each granted provisional licenses in 2016 and launched in 2017.

Sovereign Bank Limited was licensed as a universal bank in January 2016 and began operations in April 2016.

Toma Imihere said it was possible these banks had agreements to fund certain political entities in exchange for the licenses.

“The thing is very simple. A party needs finance and has the ability to influence the giving of the licenses. So what do you do? You give the licenses in exchange for promises to get funding along the line,” he explained.

If the Bank of Ghana had not seen a change in the management following the change in government or the International Monetary Fund had not stepped in, Toma Imihere felt the rot within the sector may have continued.

The other banks merged under the Consolidated Bank Ghana Limited are Royal bank and uniBank. 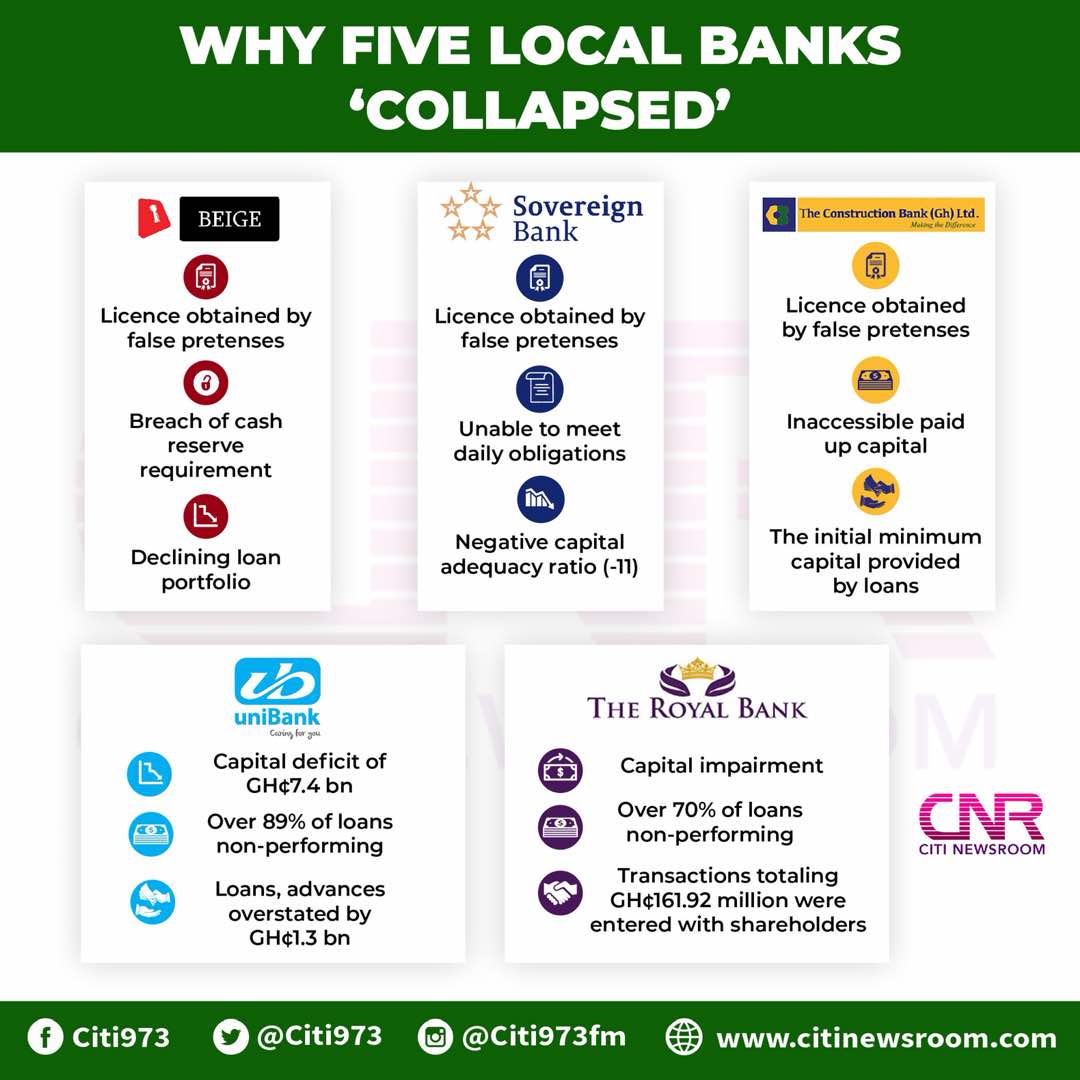 Making the announcement at a press conference on Wednesday, the Bank of Ghana boss, Dr. Ernest Addison said Consolidated Bank Ghana Limited was assuming “all liabilities of these five banks.”

The Bank of Ghana gave the banks in Ghana until the end of 2018 to raise a GHc400 million new capital requirement or risk being shut down or becoming a microfinance or savings and loans institutions.

Dr. Ernest Addison disclosed that some 15 banks are set to meet the new minimum requirement whilst 19 others were left on unstable footing.

ECG to start impromptu clamp down on illegal power users