The New Zealand PM is among sevseral politicians to take their newborn to work. 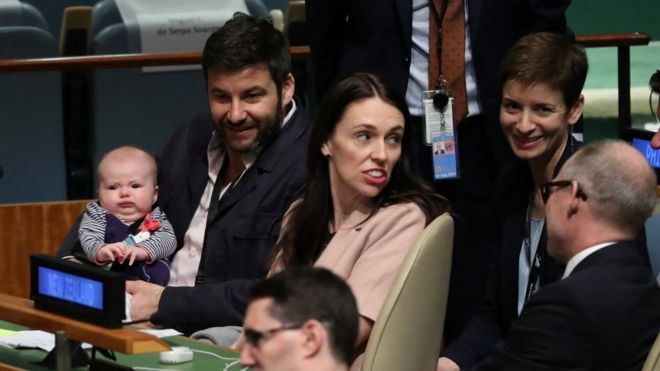