Vice President, Dr. Mahamudu Bawumia will brief Ghanaians on the state of the economy at a town hall meeting on April 3, 2019.

The lecture will be on the theme: “Our progress, our status, our future,” and will be held at the College of Physicians and Surgeons.

The meeting will be the first of its kind since the New Patriotic Party (NPP) government took over office in January 2017.

The town hall meeting, which is aimed at briefing Ghanaians about developments in Ghana, forms part of a new initiative announced by the Information Ministry.

Whereas government believes the economy is doing very well and is in good shape, the opposition National Democratic Congress thinks otherwise. 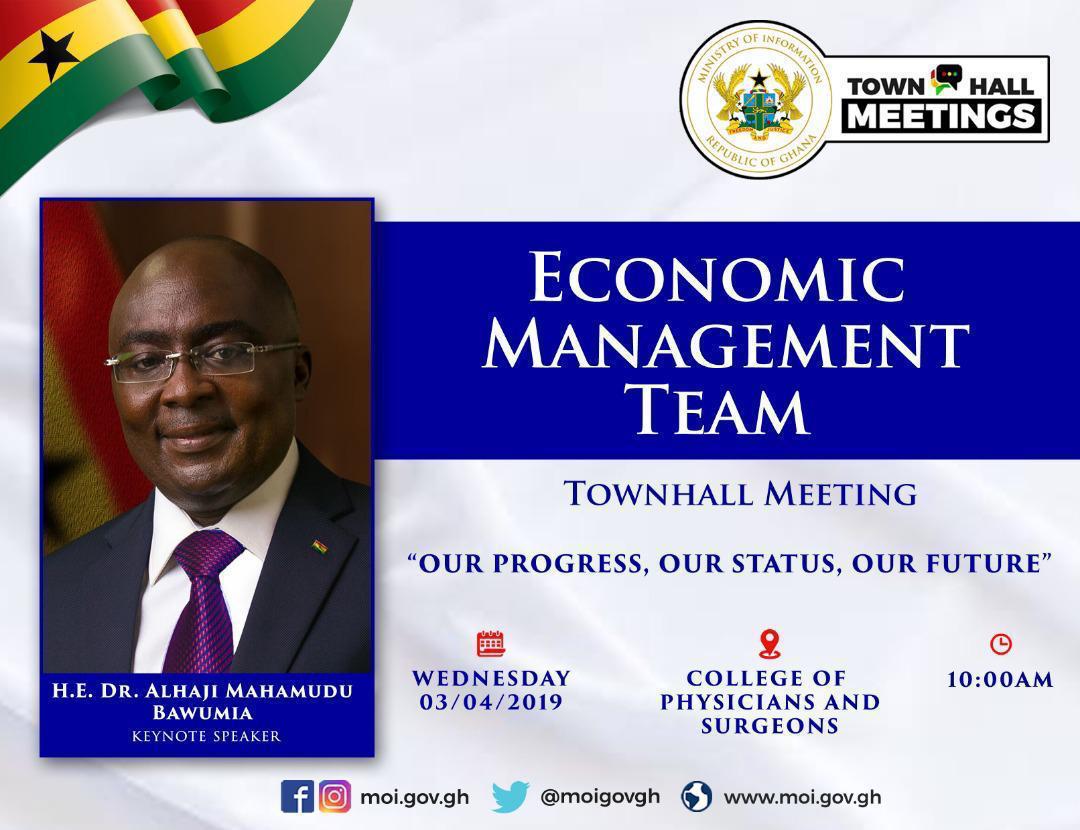 The Minority in Parliament on Wednesday demanded from government a new budget that will address the current difficulties in the country.

According to the Minority Spokesperson on Finance, Cassiel Ato Forson, it has been proven so far that the budget presented last November cannot deal with vulnerabilities of the economy as shown in the exchange rate and other economic indicators.

Addressing a stakeholder engagement, Ato Forson asked the government to at least come before Parliament with a statement outlining critical policy changes that will enhance the prospects of the economy.

“The rapid decline in the value of the cedi has thrown the economy in disarray and the projections surrounding it as contained in 2019 budget. This has therefore undermined the confidence in the economy which is also sending wrong signals to the investor community. This calls for urgent steps to be taken by government to restore the economy.”

“The starting point is that we should be considering a new budget which considers all the distortions and serious problems occasioned by the fall of the value of the cedi. At the minimum we expect a statement to Parliament assuring the nation on the steps taken by government to address the instability of the economy. The budget as presented by the Minister of Finance can no longer be relied upon. It’s credibility and stability have completely been undermined by the cedi,” he added.